Blackhawks Look to a New Era 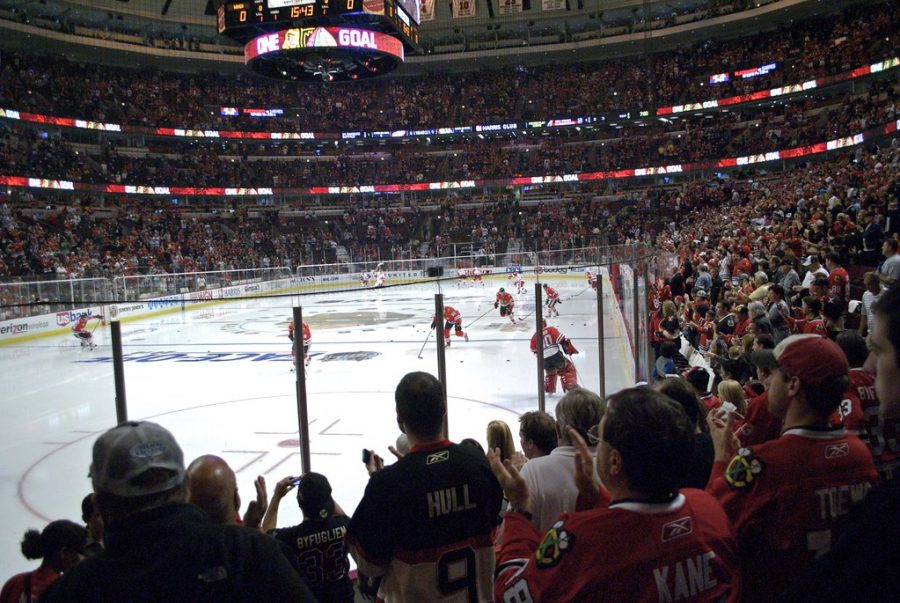 Since becoming a team in 1926, the Chicago Blackhawks have been a household name in the Chicago area and beyond. In a game consisting of three 20-minute periods with the aim of getting the puck into the opposing team’s net, the sport is action-packed and brings out emotions in its fans—especially Hawks fans. The arena where the Hawks play has long been known as the “Madhouse on Madison.” There is never a dull moment watching the team.

When I think about hockey and the Blackhawks, the first person who comes to my mind is my dad. So, I decided to interview him and get his thoughts on everything that is happening with the team. After seeing the 1976 Olympics, when my dad was around eight, he started watching hockey. Over the decades, he has seen teams that come and go, players who take the spotlight and then leave it, and eras that start and end. He said that there have probably been about five eras for the Blackhawks since about 1980. When I asked him what he would consider an end of an era, he said it is all about the playoffs and how the team carries itself through the season.

The past season for the Blackhawks has been difficult. With COVID-19 stopping play last year, the team has made a lot of changes. After being out of games for most of the season, goalie Corey Crawford said that he would no longer play for the Hawks but would help the team by coaching. In early March, defensemen Brent Seabrook announced his retirement after 15 seasons in the NHL. In late April, right wing Andrew Shaw also announced his retirement. New players are joining, while others are saying their goodbyes, either to join other teams or retire. My dad said that he knew that this era was drawing to a close at the end of the 2016 regular season, and now it has truly happened.

After watching the team for years, there are certain times that stand out for my dad. From 1980-1995, it was a time where there wasn’t much emotion, positive or negative. The team was relevant, but other than that, it was just a team that he supported. Unfortunately, from 1997-2007, it was a time of sadness. (My dad told me in the interview that if he was asked what team he supported, it was a subject he would try to avoid.) But, in 2007, luck found all Hawks fans. From 2007-2015, my dad could not have been happier to be a Chicago hockey fan. I remember watching the games on the couch and just listening to my dad explain all of the plays, calls, players, and numbers. He wore his Hawks shirts and jerseys with pride.

I asked my dad who he thought some top players were over the years, and he said Chris Chelios, Denis Savard, Patrick Kane, Jonathan Toews, and Tom Wilson.
He said that these players gave the game everything. Hockey was their passion, and they will go down as some of the best players that have ever skated on the ice. I also asked him who he thought the best Hawks players were in this era, and he said Patrick Kane, Jonathan Toews, Duncan Keith, Brent Seabrook, Marian Hossa, and Corey Crawford.
I grew up watching these players, bur my dad has seen eras come and go, so I will have to look forward to a new era with the rest of the Blackhawks fan base. We’ll see what the future holds for the team.